Resolution # 1 was to write more. When I made it, I realised it could only be accomplished by resolution #2. I doubt that there has been a woman who lay on her deathbed wishing she had done more about the house. My mother certainly didn’t wish she had, and she would know; she made a career of it. So if this was to be the year I would spend less time doing chores, the problem was, how?

I have taken a two-pronged approach – culling a lot of extraneous fat from the house (making tidying a lot easier) and becoming comfortable with everything not being perfect. This doesn’t come easy to me!  My mother’s influence remains strong, even now, almost seven years after her passing. I take inspiration from my friend Bobbie Sparrow’s wonderful poem, In Praise of Doing Nothing, where she says, ‘Wander your rooms, touch the dust. Notice without judgement the ring around the bath tub.’

Wander your rooms,
touch the dust.
Notice without judgement
the ring around the bath tub.

Well, I can only try. When everything is in its place, my house can look quite lovely but much of the time it looks as though it has just been burgled by a gang of Lego-people, crumbling to pieces as they rifle through all the drawers and cupboards. I have a battered old diary of my mother’s, dated 1971. She never used it as a journal, but instead filled it with lists and diets and recipes cut from newspapers or written in her neat script, or written in other hands on pastel note paper, all secured to the pages with (now) tea-coloured, peeling cellotape. Here and there throughout the book are little sayings that obviously appealed to her. One of my favourites is ‘Keeping house is like threading beads on a string with no knot at the end.’ By God, I can relate to that. I dream of an Elves and the Shoemaker scenario, where, during the night, rather than making shoes, they make school lunches and polish school shoes. But in reality I seem to have another sort of elf who hides one of each shoe.

Keeping house is like threading beads on a string with no knot at the end.
Anonymous

My new year’s policy is that chores are tackled on a need-to-do basis. With three creative young children, I could so easily fill my day with laundry, tidying up toys and craft or sorting out cupboards. I call it Moving Things Around My House. I’ve worked out that the reason it’s so hard is because there is simply too much stuff. My kids have far too many toys, we all have too many clothes and my kitchen is at bursting point. I have been inspired over the holidays by the poetry I have read by Mary Oliver. I was stopped in my tracks by her question, ‘Tell me, what is it you plan to do with your one wild and precious life?’ It stayed with me for some time and I realised I would rather do almost anything with my life other than mind-numbing housework (aside from cooking and baking, which I enjoy).

Tell me, what is it you plan to do with your one wild and precious life?
Mary Oliver

So, almost one month in, how’s it going? I am slowly coming to accept a certain level of mess, and there is an impressive-looking ring around the bath, which I have so far resisted scrubbing off. I may have spent more time contemplating it than I would have spent cleaning it but this, I believe, is good training.  In the second  element of my pincer movement, I also invested a couple of days in ruthlessly culling clothes, toys, paperwork, pantry and fridge contents, ugly crockery and useless gadgets and I am staggered by how liberating it is to have a place to put everything rather than feeling like I am endlessly shuffling pieces around a Chinese puzzle. (Am I the only person who stashes boxes of toys in my car when guests are coming?) A lot went in the bin or to charity shops but, as I am a practical sort of girl who hates to throw out anything I may have to buy again within the next few years, I put quite a bit in my attic. (This gets me over the donator’s remorse that often follows a major cull where you lie there, wide-eyed at night, regretting that you gave away that cashmere cardigan that you never wore). The result is an emptier, if slightly scruffier house and lots more time for reading and writing. We’ll see if it lasts… (I have my doubts). 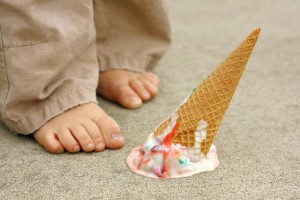 One thought on “New Year’s resolution #2: Do less housework”