One evening, on a sailing holiday in Turkey many years ago, our party of eight caught a ferry from our marina to nearby Fethiye for dinner.
It was nearing the end of a week’s bareboat cruise along the Turquoise Coast and we were in high spirits. As we sat around the dinner table, giggling at how silly we looked in our Fez hats, the challenges of the week (sea-sickness, blocked toilets, a lost anchor) were honed into war stories for the pub. On the return trip we started to sing.

The ferry was like something out of a child’s drawing – all whitewashed boards and brass portholes, its jaunty hull painted in bright colours. We sat around on the striped cushions of the few bench seats, arms looped around each other’s shoulders. Our singing attracted bemused smiles from some of our fellow passengers – a mixture of tourists and locals. Tom stood up and
faced them. Just turned fifty, he had the confidence that comes in your prime. Standing there in a white linen shirt and chinos, he snapped his fingers, tapped his foot, nodded his head – all in time to some internal rhythm – and then his voice rang out; ‘Now, I’m the king of the swingers, I’m the jungle VIP….’ By the time we reached the marina the whole boat was singing too-oo-oo, I wanna be like you-oo-oo, oobi-doo…

Tom didn’t invent the late night sing-song but he may as well have.

Tom Valentine was my uncle. He was born on 1st August 1951, twenty-one years my senior and therefore of an age that perfectly bridged the generation gap between my parents and me. Tom didn’t invent the late night sing-song but he may as well have. He had his favourite party pieces – American Pie, I Wanna Be Like You, and, around Christmastime, Fairy Tale of New York. But he knew the words to everything. He could sing like Bob Dylan or Bob Marley, Paul Brady or Paul Simon. He could croak like Leonard Cohen or scat like Louis Armstrong. Never a bookish man, I suspect he had an almost savant memory for lyrics and stories. After the pub finally closed he would say, ‘Who’s for a nightcap?’ and he, and his wife and constant companion, Maeve, opened their doors to everyone. Tomorrow will be the tenth anniversary of his death at the age of fifty-five.

I will remember my uncle not only for his zest for life but for his extraordinary kindness and generosity. He was the kind of man who would notice a nine-year-old girl peeping through the banisters, t-shirt on inside-out in her haste to dress, and say, ‘Come on then, you come fishing with us’; the kind of uncle who, on discovering his nineteen-year-old niece had no plans for her birthday, would say, ‘Put on your party frock. We’ll pick you up at seven’. My parents were overseas when I graduated from college and so it was Tom and Maeve who attended the ceremony, popped the champagne and whisked my classmate and me out to a fancy restaurant for dinner. When I left Ireland for Australia in 1997, Tom threw my farewell party at his house and what an unforgettable night it was.

His kindness is like an afterlife. It lingers on long after he has gone.

Tom left school around the age of ten, to work with his uncle in his ladder-manufacturing workshop. Subscribing to the work-hard, play-hard philosophy, Tom built up a manufacturing empire over four decades. At the height of his success, he still went to work everyday to ‘bang ladders together’. But he shared his wealth with all who came in contact with him. He touched so many people’s lives. His kindness is like an afterlife. It lingers on long after he has gone.

My uncle looked a bit like Bill Clinton as he reached middle age. The auburn curls of his youth had silvered; his high colouring made his cheeks look like apples; his sure, baritone voice was always breaking into a laugh or an ‘Ah, go ‘way!’ Even in his fifties he had the muscled body of a man who worked with his hands. 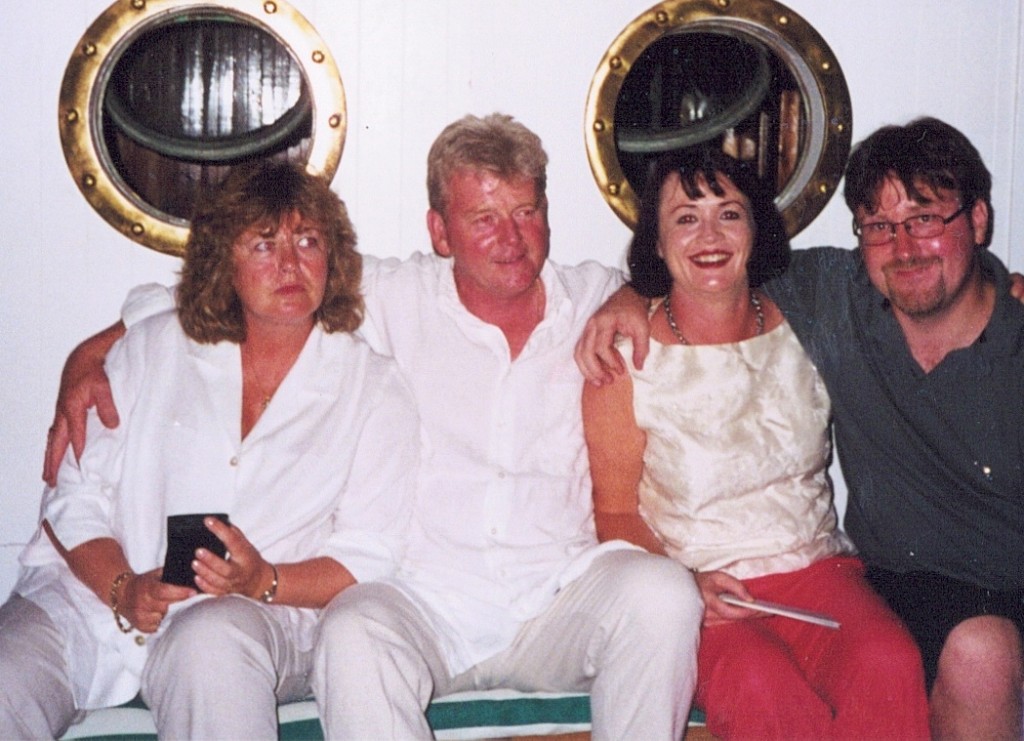 In late 2005, at his niece’s wedding, Tom found he couldn’t swallow his food. It stuck in his gullet and he had to spit it out. A consultation with a specialist confirmed the worst – late-stage esophageal cancer. They put in a stent but he couldn’t eat, and his family looked on in horror as his fit, strong body wasted away over the next few months. He and Maeve had been about to embark on a world trip to kick off their retirement. I visited him near the end.  The day I arrived he walked into the kitchen and gave me the best hug he could muster, considering the pain he was in. He went to bed that day and didn’t get up again. Always the host, he shook his head as he staggered up the stairs, saying to Maeve, ‘They’ve come all the way from Australia and I haven’t even offered them a drink.’ I was privileged to be present at his beautiful house in Dublin at the time of his death shortly after midnight on February 1st 2006, the first day of spring. He died at home, the house packed with the people who loved him – his wife, children, siblings, friends, nieces and nephews, a constant queue outside his room to go in and sit with him, read to him, hold his hand.

How do we wish to be remembered? Rich? Powerful? Stylish? Successful in sport or business or our chosen field? Maybe. But I think more than anything we want to be remembered fondly. We want to be missed. Whether we know it or not, we all strive for the same thing in our life – not to be forgotten when it is over. On the eve of his tenth anniversary, Tom’s spirit of vivacity and kindness still burns brightly. 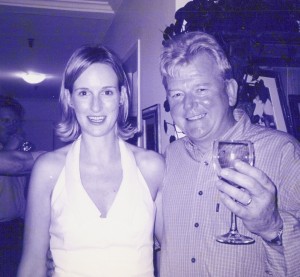 One thought on “Portrait of an uncle and bon vivant”