Sometimes poems appear like rare butterflies; you have to swiftly capture them or they fly away again. A poet friend of mine has been known – in the absence of a notebook – to ‘catch’ a poem on the back of a cornflake packet. I am lucky to have had this experience myself; an idea comes into my head and flows via the pen or keyboard into a first draft of a poem on the page. It is hard not be pleased with yourself when you create something that didn’t exist before – especially if it contains an original idea. First drafts are often the most fun to write, with the highest reward-to-effort ratio. But then comes revision.

I’m not so good at this! Sometimes my darlings are just too dear to murder. Feedback helps a lot, from friends (willing to read the poems), or better still from other poets. I am very fortunate to be part of a group of emerging poets who generously provide constructive criticism. When I find myself defending a line or phrase, I usually discover that they are on to something.

Poems will get published, whether they are finished or not.

But revision is absolutely necessary for producing the best possible poem. Elizabeth Bishop counseled that a poem should not be published unless it is the best it can possibly be. That stopped me in my tracks. Once published, a poem is a permanent representation of your work. Even if you later revise it, the original is there in black and white to remind you of your haste. With all the enthusiasm of the novice, I am far too trigger-happy when it comes to submitting poems for publication. Poems will get published, whether they are finished or not.

Okay, I admit it; I have a tendency to rush things, but I am discovering that revision can’t be rushed. Impatience doesn’t serve the poem. Leaving it aside at least overnight, but better still for a week or two, gives some distance. A good tip I read was to see if you can write the poem down again, without looking at the original. Chances are the good lines will remain and some of the bad lines will have been forgotten or may be altered to a better form.

I know the theory: Write, rest, read, revise. Repeat steps two to four until you are sick to the teeth of it. Yeats wrote dozens of drafts of his poems. Dylan Thomas also revised many drafts in order to achieve that spontaneous ‘just threw it down on the page’ effect. His technique reminds me of the ‘natural look’ beauty routine of today’s supermodels. They wax, laser, inject, mask, streak, curl, tape and so on, to end up looking like they have just emerged from a roll in the hay.

…a poem is never really finished – only abandoned.

An artist friend of mine, when I asked her how she knew when she had finished a painting, replied, ‘When there’s a red sticker on it’. Having someone buy it was, for her, time to let it go. Up until that point, the temptation is there to keep tinkering with it. In a similar vein, I am always spotting and tweaking little flaws in poems I thought were finished. But how do you know when you’re through? A French poet once remarked that a poem is never really finished – only abandoned. Is having a poem published the equivalent of the red sticker? Yes and no. British poet John Whitworth describes in Writing Poetry the angst of having a poem selected for a prize or publication when it’s not the best poem it can be – not even the latest existing draft.

Here’s a checklist of questions I ask myself during revision:

I’m sure there are countless others but these have all been very useful. I’d love to hear from you if you have more to suggest. 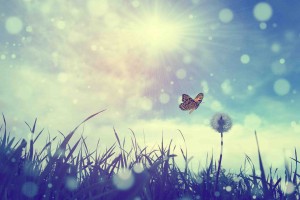 7 thoughts on “When is a poem finished?”